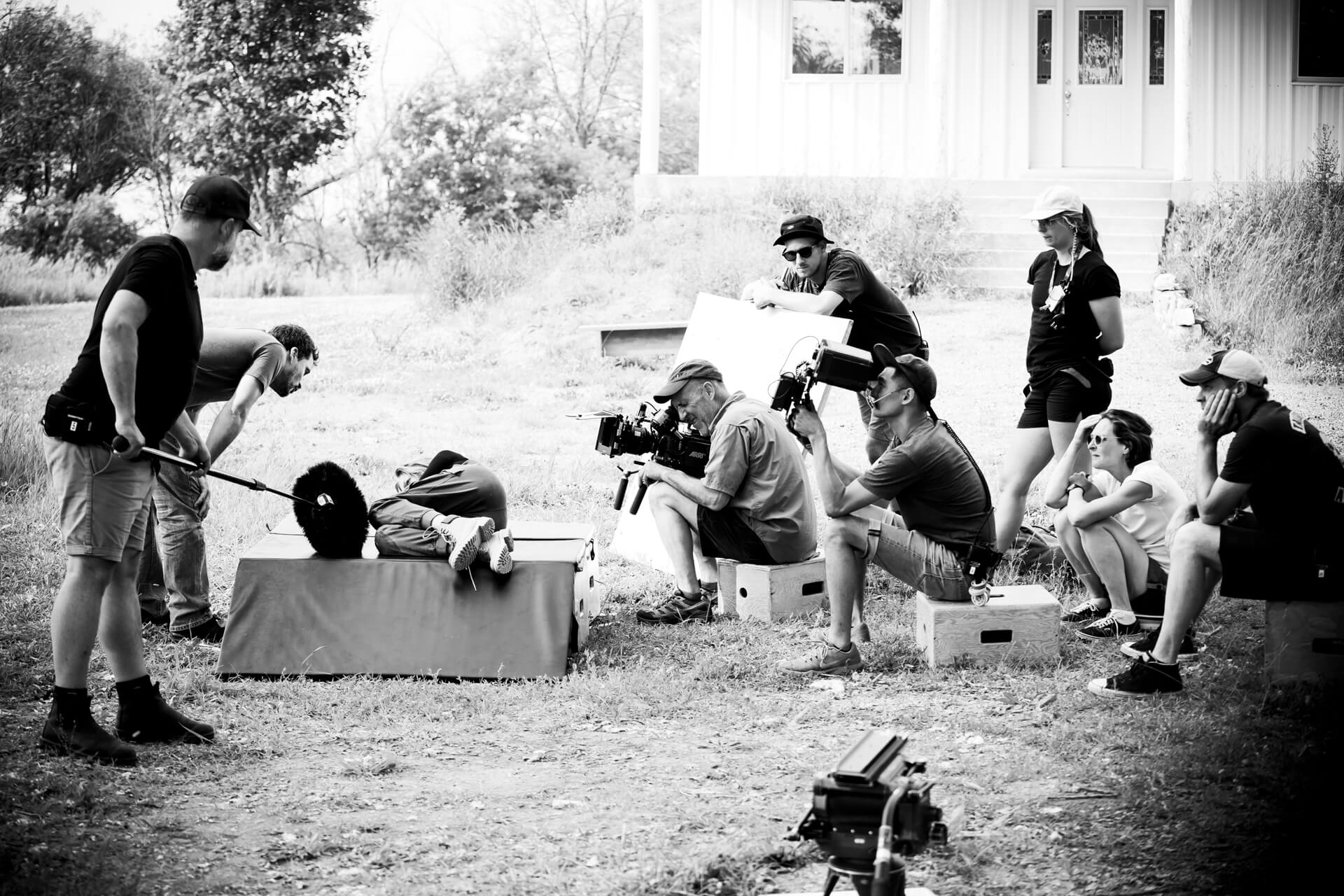 AQTIS 514 IATSE courses are available to members, permittees and non-members. They are developed and presented by professionals who are active in the industry, and cover all elements inherent to each occupation.

The Initiation to Community Life course is offered several times a month. 101 courses are offered on a regular basis.

Please note that some training dates may be modified during the season depending on the number of participants and the availability of trainers. If you have any questions, we invite you to contact the professional training service: formations@aqtis514iatse.com / 514 844-2113.

Safe use of 85 feets aerial platforms

Training in the Use of Aerial Platforms and Lifting Platforms

The Assistant Hairstylist in Movie and Television

The Assistant Make-Up Artist in Cinema and Television

Introduction to the Profession of Assistant Props Master

Costumes, from Workshop to Set

The Profession of Data Wrangler

Introduction to the Editing Department

Work at Height and Fall Protection

First Aid in the Workplace

First Aid in the Workplace

Safe Use of a Forklift

Introduction to the Location Budget

Training in the Law Concerning Owners, Operators and Drivers of Heavy Vehicles

Prevention and Management of Harassment: Civility and Respect in the Workplace

Introduction to the Profession of Stagehand

Respect and civility IN THE WORKPLACE

Introduction to the Profession of Set Lighting Technician

Safe Use of the Telescopic Zoomboom Lift

The goal of the Camera Trainee Program is to train the next generation of the AQTIS 514 IATSE Camera Department, and more specifically the 2nd assistants. The training consists of eight days of training and then practice sessions, within a camera team on film or digital productions, without restriction (feature film, television film, dramatic documentary, documentary-drama, television series, heavy series, mini-series or commercials).

Are you interested in our health and safety training? Do you want to update your skills cards?

Please note that all our courses are offered in French only.

See our health & safety training
Training
Frequently asked questions
I'm new. What training do i have to take before i start working?

To determine the training you need to take, see the page of the department for your position: https://aqtis514iatse.com/en/departments/

You don't have to take the Initiation to Community Life course or any other training before you start working but we recommend it. However, if your job requires you to operate machinery or demands certain specific skills (e.g. driving a forklift, working at height, handling or transporting explosives), then you are legally required to have training. The producer must make sure, before hiring you, that you have the required credentials to do the job. A producer can never force you to perform a task that requires credentials you do not hold or training you have not taken.

I am an experienced technician but a new member. Do i have to take all the training related to my position?

You must have the appropriate health and safety training for your position. You may be exempted from technical training (such as the Introduction to the Profession of Set Lighting Technician course or the Film & Digital Camera Assistant course). To find out whether you qualify for an exemption, contact AQTIS 514 IATSE Member Services at 514-844-213 or by email at membres@aqtis514iatse.com

There are no exemptions for the Initiation to Community Life and Managing a Team courses.

I am a team/department leader on a production. How do i go about getting training for my team?

We can accommodate you. Depending on circumstances, we can train your entire team or send instructors directly to the set. The latter option requires agreement in writing from the production's representative.

Is there a fee for training courses? if so, how do i pay?

Our courses are generally fee-based, with the exception of occupational health and safety courses, which are free but reserved for members and permittees.

There are several ways to pay:

How can i check to make sure i'm registered for a course? how do i get on the waiting list?

You are officially registered for a course once you have paid the fee (if the course is fee-based) and received the confirmation email, which contains all the information you need to attend the course. (If you don't receive the email, please check your spam folder!)

How can i cancel my registration in a course?

You must notify the Training Department by phone at 514-844-2113 or by email at formations@aqtis514iatse.com at least six business days before the course starts. Otherwise, fees may apply. Please refer to our cancellation policy.

AQTIS 514 IATSE will send you a tax receipt by February 28 each year covering, among other things, any fees paid for training courses during the previous tax year. These fees are tax deductible. To find out the amount of the deduction to which you are entitled, please contact an accountant.

In what order should i take the health and safety courses?

There is no particular order, with a few exceptions. Prerequisites are indicated on the page for each course.

How do i renew my occupational health and safety competency cards?

There is no legal obligation to renew your competency cards and AQTIS 514 IATSE does not require it, with the exception of a few courses. However, we recommend that you take training on a regular basis to stay current. Renewal information can be found on the page for each course. The producer must make sure, before hiring you, that you have the required credentials to do the job. A producer can never force you to perform a task that requires credentials you do not hold or training you have not taken.

Can i take training that is not related to my department?

Yes, you certainly can and you don't need a reason.

Do you offer distance learning?

Some of our courses are offered only online, some only in the classroom, and some in both formats. See the page for each course for more information.

Are there any courses given in english?

No, our courses are all in French. However, depending on the course, some solutions may be available.
Please contact us at 514-844-2113 or by email at formations@aqtis514iatse.com to see how we can help you.

How do i sign up for the "film & digital camera assistant" course?

The Film & Digital Camera Assistant course is part of the Camera Trainee Program, so you have to be selected for the program in order to take the course. Some exceptions may be allowed, with the agreement of the program coordinator.

See the program page for details.